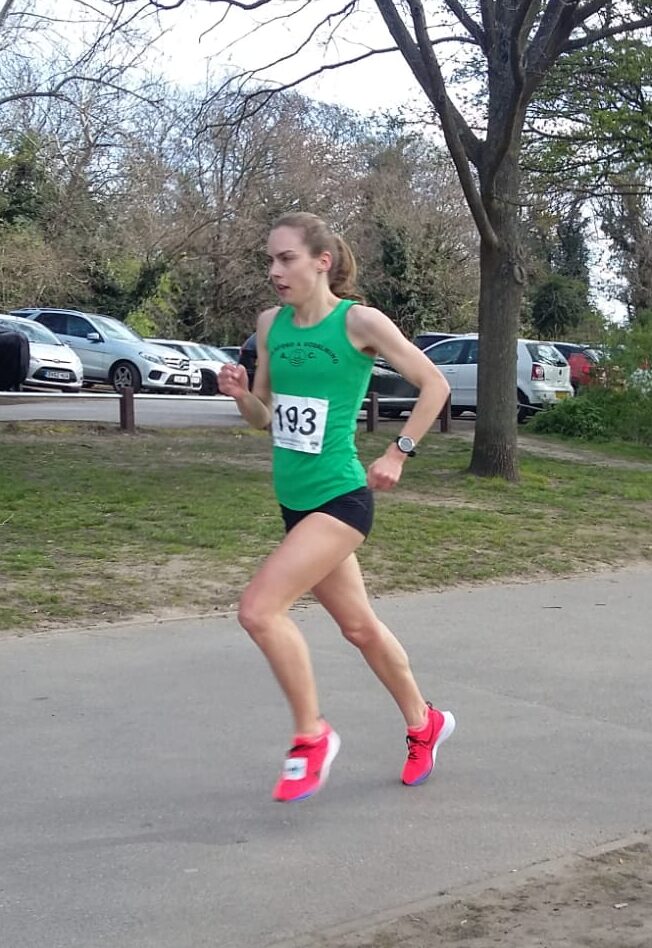 There was racing action on bank holiday Monday with several G’s racing at the super quick 5k course at the South of England Show Ground. There were some quick times logged, Including a return to racing in Green for Harry Boyd. Congratulations to all those who raced.

The weekend saw team events return at Wimbledon Park Athletic Stadium with the scheduled team relay events for both Men’s and Ladies as well as an individual event for Masters.

The ladies team (Chloe Crossman, Carolyne Baxter, Suzie Monk, Michelle Oldham,Susanna Harrison,Alicia Nizet) put in a solid performance in an other stacked field to come home in 6th. Suzie managed a fantastic run, finishing with the second fastest leg overall (17:43) with Carolyne and Chloe also featuring in the top 15.

In the individual Veterans race Terry Booth and James Adams toed the line coming home in 14th and 15th respectively.

It was great to see so many GGAC club members out competing and supporting (all socially distanced) with the early start bringing back a sense of normality to a race weekend.