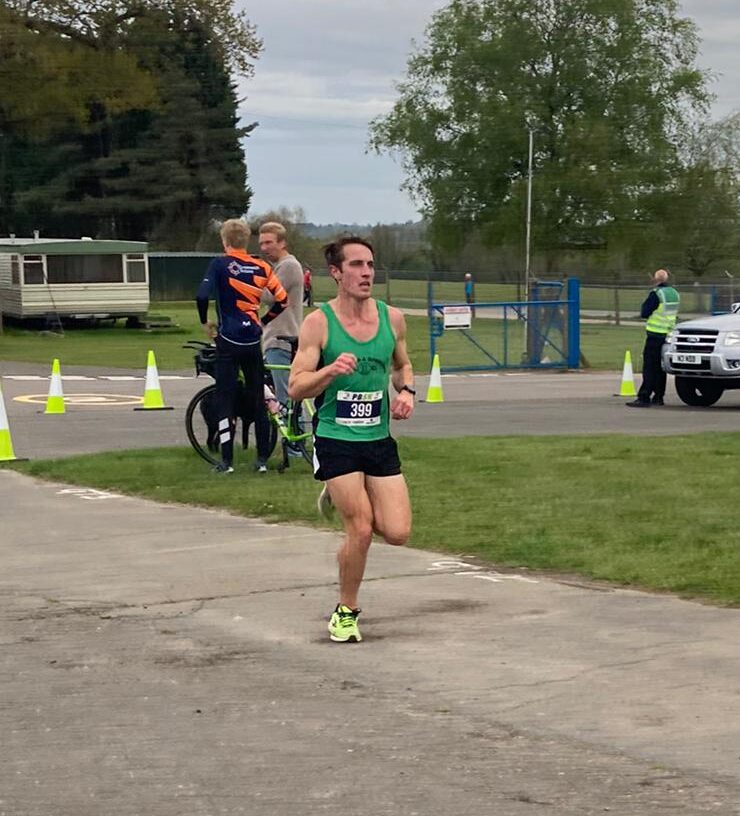 This weeks news and results from across the club

Competing in the USA Track and Field Golden Games at Walnut, California on Sunday, although only finishing fourth in the 800m, Adelle Tracey was very happy to have achieved the Olympic qualifying time of 1.59.50. Finishing ahead of her were fellow Brits Jemma Reekie (whom she had beaten just two weeks ago) Laura Muir and Canada’s Melissa Bell.

Another member competing in the US – Gilbert Grundy- won the 5000m in a new personal best of 14.05.58 in Portland, Oregon on Saturday.

Throwers back in action

At home the throwers went in to action for the first time last weekend.  Alex Buhler in his first competition with the 800g javelin threw 43.73m to come second in the U20 event at Kingston on Saturday.  Eliza Sutton and Gemma Mead although not throwing personal bests won the U20 and U17 events. On Sunday, at Swindon, Elise Christian won the U13 javelin with a new PB of 30.91m – an improvement of 8m on her 2020 best.

Wednesday the 12th of May saw 4 Gee’s travel to the South of England Showground at Ardingly for the PB5K event. This was the second event at Ardingly in 2021, with cool & calm conditions perfect for fast running over the flat course.

The event was split into 2 races each of about 120 athletes.  Each race was then divided into waves of 40 athletes seeded by predicted finish times. Waves were released at 20-second intervals making for some good racing in tight packs. The course follows 2 laps of a slightly winding but flat paved route, there are several good spots for spectators to see runners several times over the 5km. If you couldn’t make it in person Runbase hosted an excellent stream complete with a drone and finish line footage!

Racing was quick from the gun with several packs forming quickly. The men’s race was won by Ed Bovingdon (Istead&Ilfield) in 14:48, with the top 8 men going sub 15. In the ladies race, Nicole Taylor (Tonbridge) took the win by nearly 1 minute in 16:08.

Overall a well organised, cheap, relatively local event with a strong club field, if you’re looking for a quick 5km keep this one in mind. Thanks to Suzie Monk and Eleanor Harrison for their enthusiastic support and pictures.

Adam Hewitt overcame the physical and mental challenge of a (105.5 lap) track marathon yesterday at Eastbourne. In an outstanding performance, Adam came third overall and broke the 3 hour barrier for the first time with 2:55.34.
Full results

Terry Booth and Dave Williams both raced 5000m at the Carshalton track this morning. Terry ran 17:33, while Dave ran 18:16 in his track debut over this distance (8 seconds faster than his road PB)
Full results