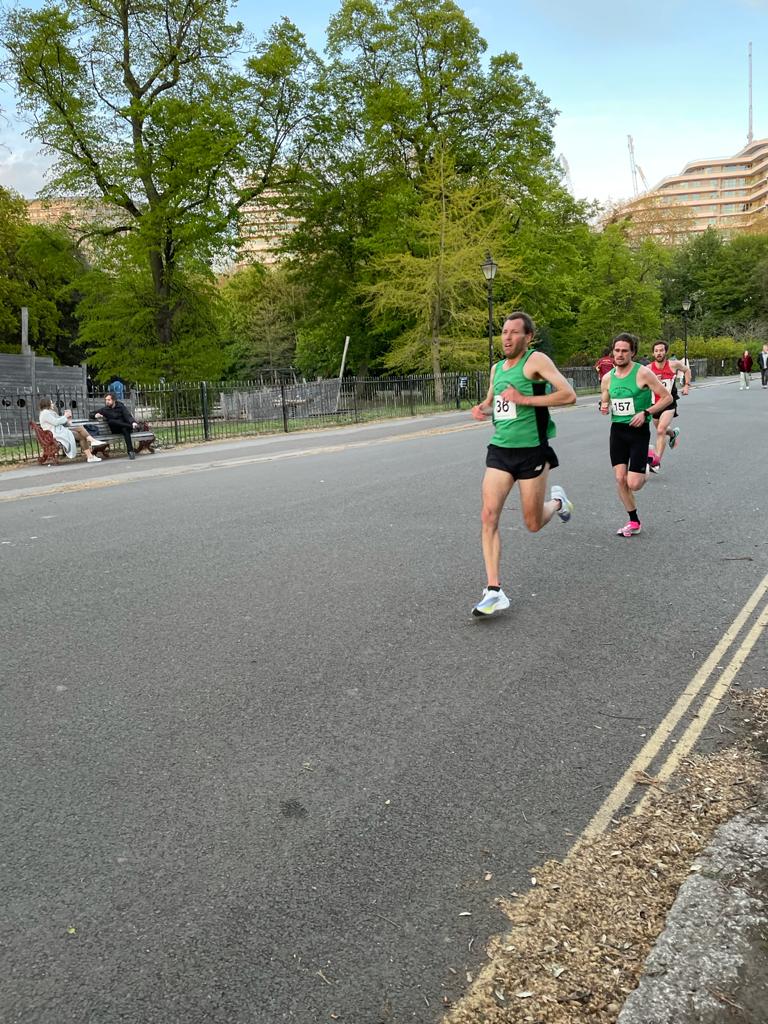 Race ResultsJigsaw 10K
Twenty+ Guildford runners descended on the Dunsfold aerodrome this morning. Unfortunately, due to postage delays and a lack of spares, some people did not receive a timing chip so are not in the results. Congratulations to Ralph Dale (41:21), Eleanor Walker (46:23) and Rebecca Brennan (47:08) who beat their official PBs despite the windy conditions. Well done to Beth and Kay Davies on their debuts. Fastest of the day from the club (despite being amongst the front-runners who were sent on a longer loop!) was Nick Tearle in 38:03. Fastest Guildford lady (and 2nd F55 overall) was Susanna Harrison in 44:15. Special mention to Mike Garnett and Luke Bishop, who both ran 39:00 less than 24 hours after finishing a trail marathon!
Partial results

Battersea Under the Lights 5K
There were some scintillating performances on Friday evening as six GGAC runners blitzed around Battersea Park. First home, in 2nd place overall, was John Sanderson in 14:07, followed one place later by Andy Coley-Maud in 14:09, both just a few seconds outside of their all-time road PBs. In earlier heats, George Dollner ran 14:34 (PB), James Share 14:47 (PB), Tom Foster 14:52 (PB) and Matt McDaniel 15:09 (PB).
Full results

Aldershot Open Meeting
In blustery conditions at Aldershot yesterday afternoon, Harry Boyd came 4th in the 800m A race in 1:56.1. This follows his 1:52.8 opener at Worthing last weekend.
In the later 5000m event, Terry Booth came 3rd in the B race in 17:53.2
Full results

Portland Twilight Meeting
For the 2nd week in a row, congratulations to Gilbert Grundy for smashing his PB – this time with a win over 5000m in 14:05.58
Full results