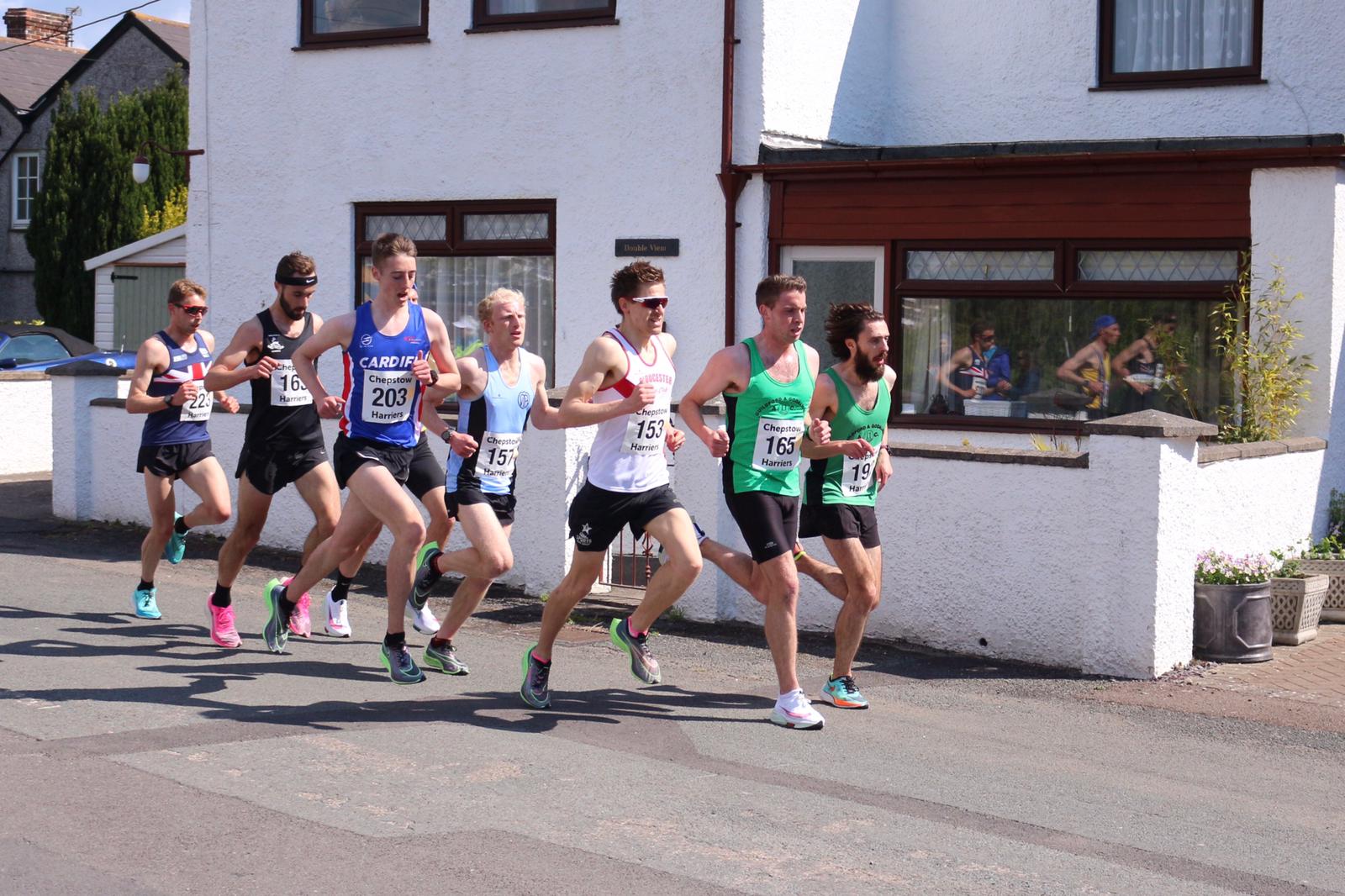 Speedway 10K
Four GGAC runners headed over the Severn Bridge to Chepstow on Sunday morning for the elite Speedway 10K. Near perfect conditions made for some excellent, fast racing. First home for the Gees in 8th place was Andy Coley-Maud in 29:43. He was followed by James Share (30:47 PB), George Dollner (31:34) and Tom Foster (31:53 PB).
Full results

Aldershot Open Meeting – 3000m
In his first track race for 10 years, Rob Ingoldby ran a fine debut over 3000m on Wednesday evening. Rob just managed to hold off Suzie Monk, as they crossed the line in 9:59.9 and 10:00.6 respectively. Further back, Terry Booth ran 10:16.8 for a slight improvement on the previous week at Harrow. Also improving on his time from Harrow was Ben Gilmore in 10:45.6
Full results

RunThrough Newbury Half Marathon
Not content with ‘only’ running one race this week, Rob Ingoldby followed up his midweek 3000m debut with a half marathon around Newbury racecourse yesterday. Rob finished in an excellent 2nd place in 1:17:15 on a less than ideal course.
Full results

SLAN Open
Terry Booth travelled to Coulsdon yesterday for his 3rd 3000m race in 10 days. With slightly better weather conditions on this occasion, Terry sliced another 10 seconds from his seasons best with 10:06.96
Full results

Also in Oregon, Adelle Tracey won the 800m. In doing so she beat fellow Brit, Jemma Reekie by just 1.000th of a second in a final dash for the line.

There were some very encouraging early season results at a windy Worthing. Particularly for the U17 men with one club record being broken and one just 0.03 of a second short. Hayden Christian’s record breaking time for the U17 men’s 100m hurdles was 14.05 and Samuel Sherlock set a time of 11.23 in the 100m despite racing into the wind.

In the 800m Harry Boyd (U23) recorded a second best ever time of 1.52 .8 returning to the track for the first time in nearly two years following injury.