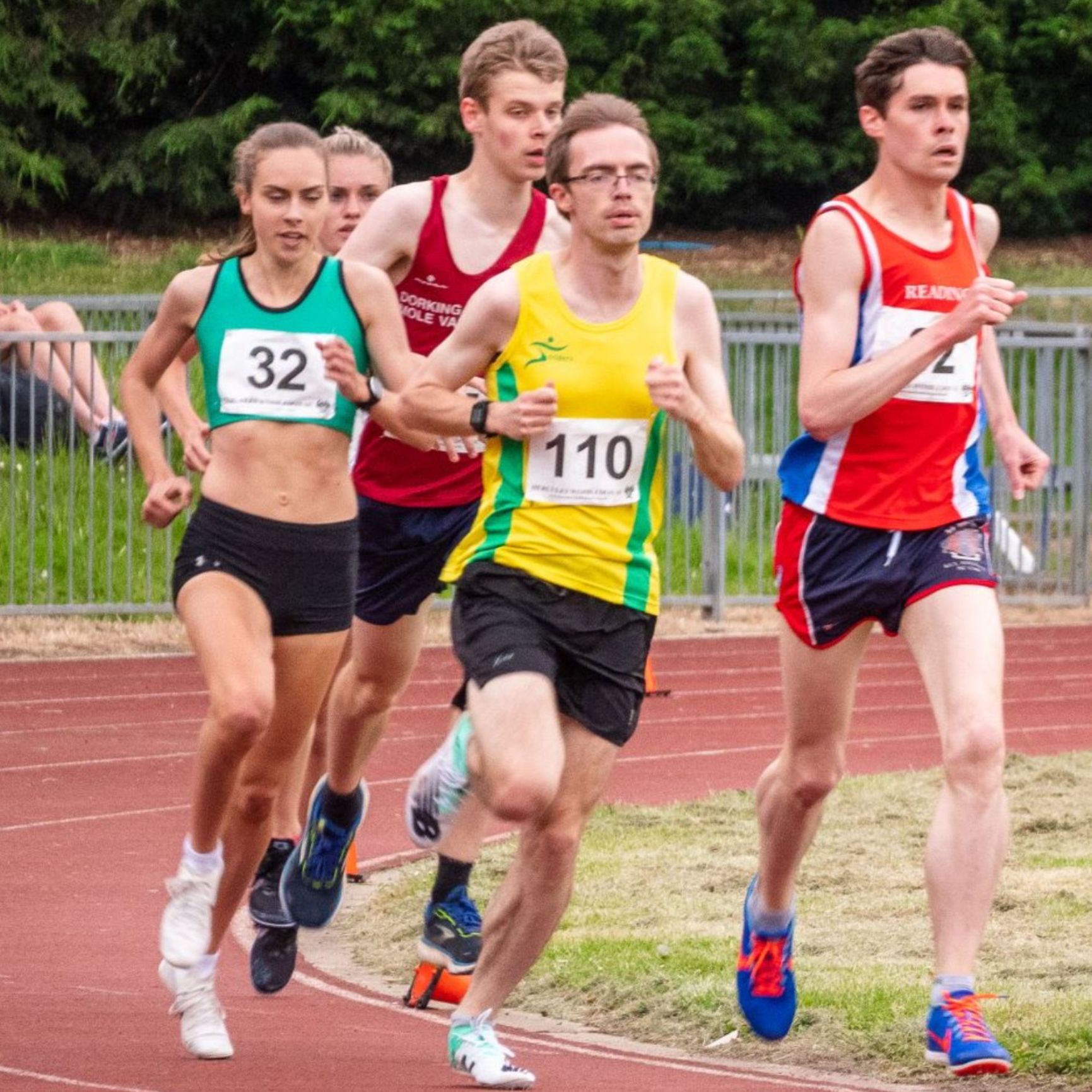 Aldershot Bank Holiday Open Meeting
Four of Guildford’s veteran squad took to the track on Monday against fields primarily consisting of over-exuberant youngsters. Star performance of the afternoon was Dave Williams running a finely judged race to work his way from last on the first lap to third place at the finish. Dave’s time of 4:46.3 was a PB by over 12 seconds! In the earlier 3000m, Terry Booth similarly worked his way from last to second place in 9:58.8, to dip under 10 minutes for the first time this millennium. For the third time this season, Ben Gilmore found himself having to do all the work for the chasing pack in his 3000m heat. Unleashing his usual sprint finish, Ben dipped under 11 minutes with a time of 10:58.5. Ben was joined by Dave Renshaw, who in his first track race for many years, ran a fine 11:37.8
Full results

Guildford Track Meeting
Phil Pryke opened his 800m account for the year with a 2:21.6 clocking at the Spectrum on Tuesday evening. More details on this to follow
Full results

Hard as Snails 10K
On 26th May, three GGAC runners took part in the ‘Hard as Snails’ trail event in the local hills. First home for us, in 12th place was Jon Heasman in 48:23. He was followed by Chris Nugent in 51:38 and Michelle Collins in 1:07:27
Full results