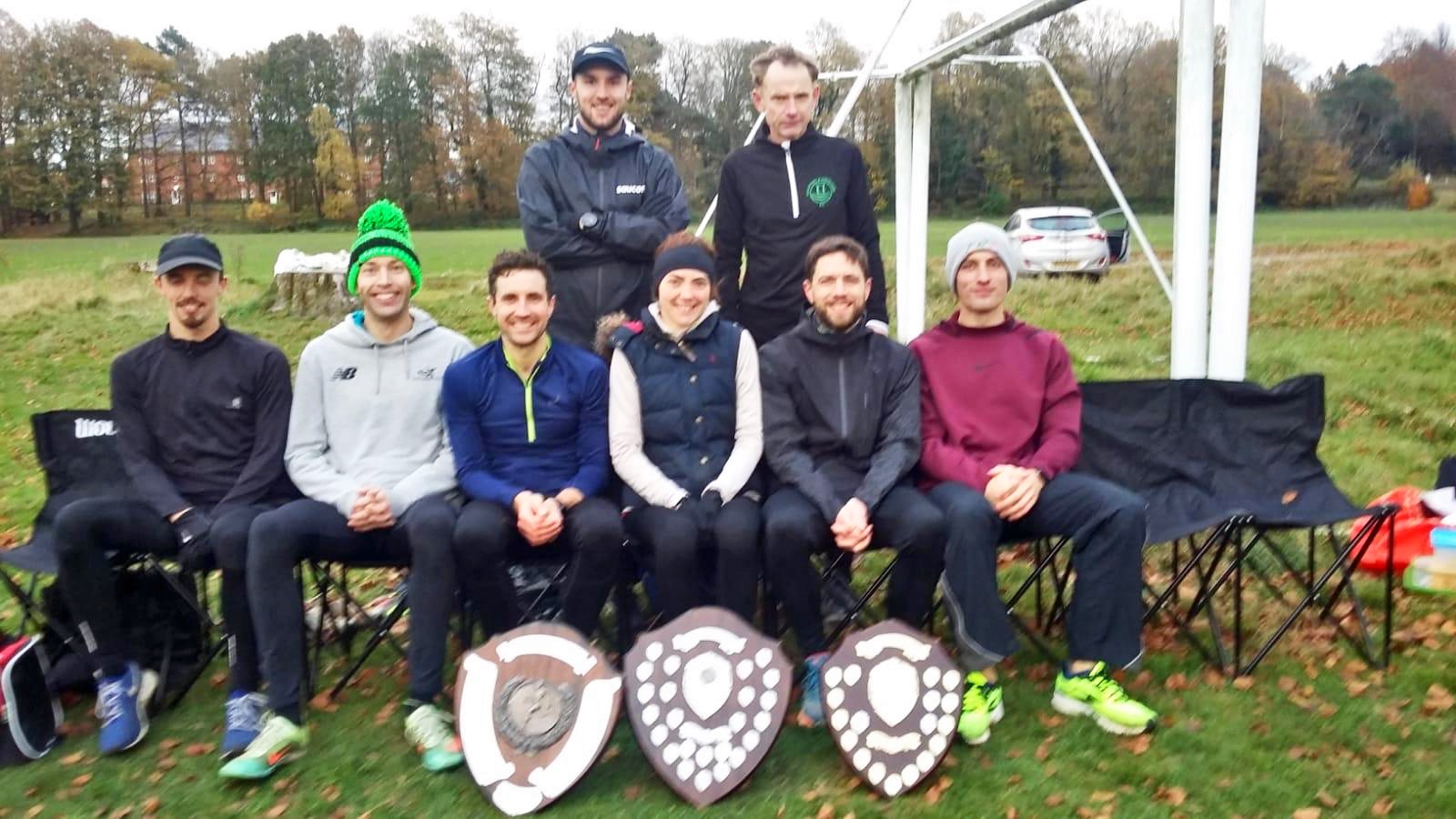 A 19 person strong team of G’s took on the South of the Thames 5 mile championships on Sunday at Aldershot. The fixture that has been a staple of the XC calendar for well over 100 years was in doubt due to a lack of a venue until a few weeks ago when AFD stepped in and offered to host.

GGAC have good recent prior form at this historic event with a lady medaling at the previous two editions of the 5 mile championships and the men having won the Lister-Western-Munro shield in 2018.

Given the recent relatively dry weather, the course was in good condition underfoot. However, the route did offer a good challenge with a number of drags, twists and turns in the wooded sections and long grass to sap momentum on the more open parts.

In the mens, the G’s were lead home by Andy Coley-Maud who took the outright win. Andy put in a dominant performance delivering a tactically astute race despite talking down his chances at the start due to a lingering head cold and backing up his win at Wimbledon in the Surrey League just 8 days earlier. Following Andy and packing well were Tom Foster (6th) being chased hard by a resurgent Dan Wallis (7th) with Matt McDaniel (10th) close behind to comfortably take the 4-to-score shield. With the addition of James Harvey (11th), Sam Begg (13th), Mark Tennyson (30th) and James Adams (43rd) the GGAC men were also victorious in the Brent Shield (8-to-score competition) which GGAC have never won since its introduction 27 years ago.

Not to be outdone by the men, GGAC Ladies put in another sterling performance to take home the ladies team win (The Norah Heathfield Shield). First home for the ladies was Suzie Monk (3rd) followed by Carolyne Baxter (4th), Chloe Crossman (6th) (both Carolyne and Chloe being previous medalists at this competition) and Susanna Harrison (20th). Their score of only 33 put them well clear of South London Harriers and meant the first ever team win in this competition for the ladies since its introduction in 2001.

There were strong performances from all of the Guildford squad on the day, with plenty of cover should any of our scoring runners have faltered. Well done all!

Results will be posted here