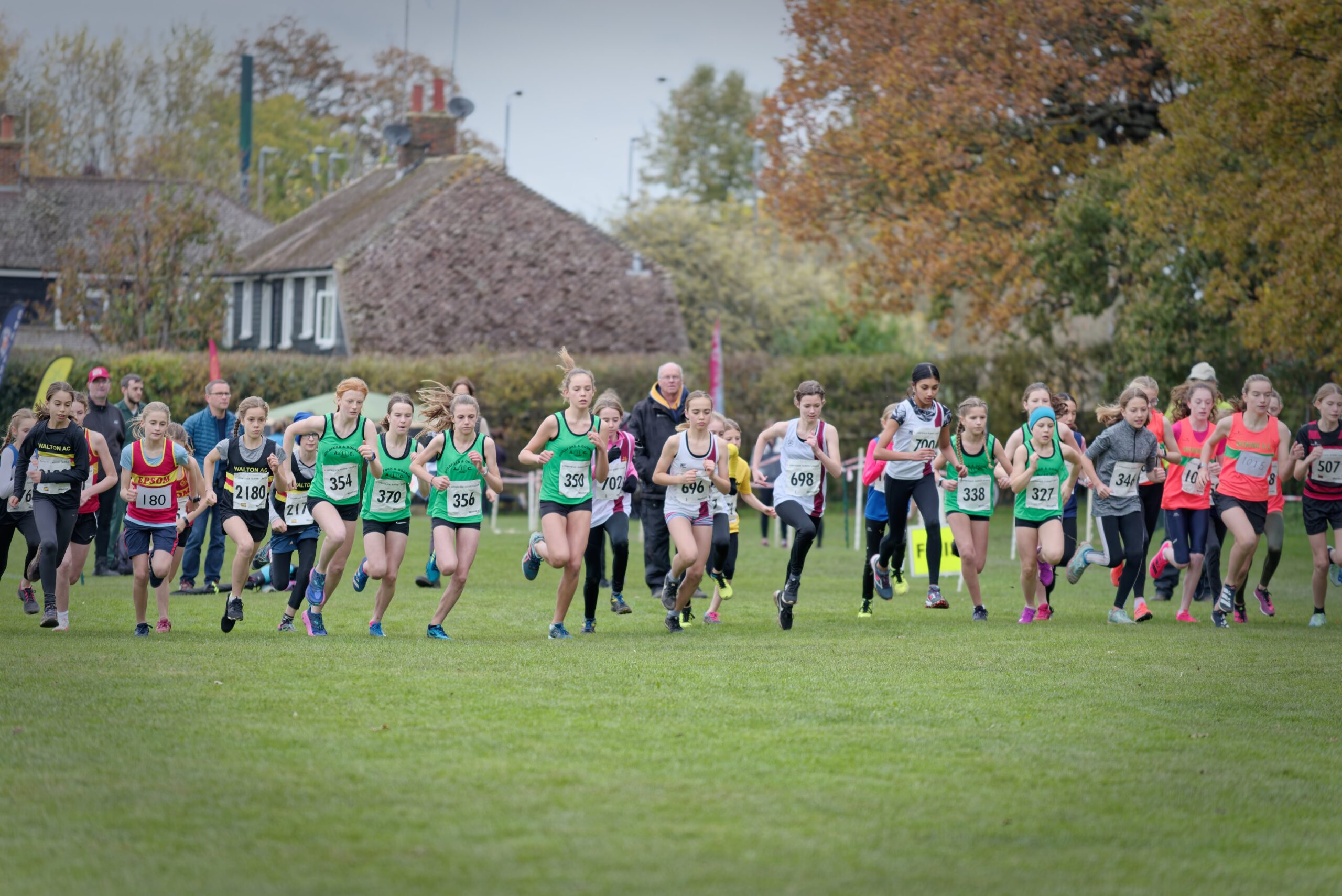 Guildford had two men’s teams and four ladies teams competing at an unusually dry Priory Park yesterday afternoon. Unfortunately, the official results are not yet available. However, we do know that the ladies A team of Emily Relton, Katie Grinyer and Carolyne Baxter finished in an excellent second place.

Cross country returned to one of the staple fixtures of the season at Wimbledon common. The fixture hosted by Fulham Running Club and Thames Hare & Hounds offered up a bit of everything so despite the mild conditions provided a strong challenge for all runners.

Guildford’s ladies backed up their third place in the first fixture with a 5th place finish this time out. They were led home by Carolyne Baxter in third place, who was followed by Suzie Monk (6th), Hannah Knights (32nd), Naomi Maini (50th) and Katie Grinyer (80th).  Eleven ladies competed for Guildford this time out. Well done all!

The junior squad was very over the weekend with almost 30 athletes racing either in the ESAA Regional cross country qualifiers or the Surrey League cross country. Some fantastic results and massive well done to all. With special mention to our U13 Girls who dominated their race at the Surrey League match yesterday finishing 2nd, 4th, 5th and 10th!