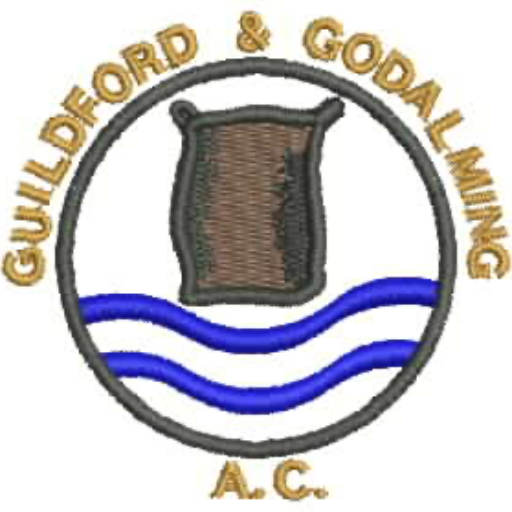 It’s been a busy couple of weeks of racing and competition in numerous disciplines. Here is a summary of the action!

After a late decision to cancel the Cross Country fixture at Effingham Common on the 19th of February due to the damage caused by Storm Eunice a replacement fixture was arranged for the 5th of March at Lloyd Park. This fixture was on the weekend between the National XC and Inter-Counties as well as being on the same date as many key road races so getting a strong team for all clubs would prove a challenge.

Perhaps not as testing a course as the one that was proposed for Effingham, Lloyd Park still delivered conditions befitting of a late season cross country fixture, with ankle deep mud being a feature on large sections of the parcours.

First up were the senior ladies looking to consolidate their 2nd position in the League, behind a very strong Belgrave squad. Their fourth place finish on the day secured a fantastic second place overall in the league this season. The team were led home by Carolyne Baxter in third place. This position moved Carolyne up to join 2nd with Suzie Monk in the ‘best 3 of 4’ individual championship. The A team were completed by Eleanor Harrison (8th), Sam Ludlow-Taylor (26th), Nici Cahusac (38th) and Christine Robinson (41st). Lottie Newman, Susanna Harrison, Alicia Nizet and Michelle Collins helped GGAC to finish third ‘B team’ on the day.

This League result for GGAC is only bettered by the first year of a Ladies Surrey League XC in 1979/1980! A incredible feat that the entire ladies squad should be proud of. Just means next year they will have to go one better for the win.

Guildford’s men completed their best ever season in the Surrey League with a strong team effort to hold onto the overall third position. With numbers well down due to the hastily rearranged fixture, the Gees showed up with the largest squad of the nine teams present. We were led home in 7th place by John Sanderson, who took 2nd in the individual competition for cumulative score in the four race series. John was followed by Freddie Hessian (11th), Tom Foster (13th), George Dollner (21st), Nathan Janmohamed (43rd), Sam Begg (46th), Colin High (making a welcome return in 54th), Nick Tearle (63rd), Ethan Kendall (69th) and Terry Booth (73rd) who managed to secure 3rd in the V50’s individual standings. With a few anomalies in the results to be resolved, it looks like Lee Lintern, Jon Monk, Robin Boon, Rob Marcus, James Lacey and Chris Nugent helped us to take the first ‘B team’ on the day.

Virginia Mitchell won gold in the 400m and silver in the 800m.

Louise Wood won gold in the triple jump with a personal best leap of 10.03 and won silver
in the long jump.

Dave Williams picked up his third British Masters medal of the winter following his success at the Welsh XC Championships with an excellent 4:45.74 PB when taking second place in the M55 1500m

Only a few days after winning in Braga Virginia Mitchell repeated her victory in the V55
400m and Louise Wood took silver in the long jump.
Full results

Hayden Christian won the  bronze medal in the 60m hurdles in the Under 17 age group setting a new personal best of 8.13 in the heats.

Elin Roberts was second in the U17 women’s pentathlon

Cariad Norris -bronze in the long jump with a new best of 5.02m

Samantha Good silver in the in the U17 pole vault with a new best of 2.10m.

Sophie Power ran an absolutely incredible 132.7 miles around the Walton track (yes a 400m track!). She finished first overall – over twenty miles ahead of her nearest rival !!
Full results

Adrien Royer, along with two friends, raced the 126Km (6919m elevation) trail route from the North to the South of Gran Canaria in 25:54:40.
Full results